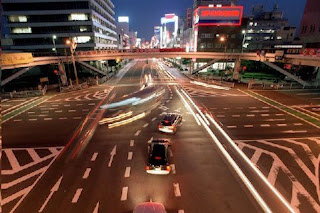 An undertaker in Japan is offering elderly motorists cheap funerals if they can prove they have given up driving.According to The Times, the Heiankaku Co chain in Aichi prefecture is offering a 15 per cent discount at any of its 89 funeral homes if there is documentary evidence that the driver has handed over their licence. The newspaper claims this is the second business in the area to offer a discount, after a restaurant chain offered discounted food for those who had surrendered their licences.In Japan, elderly drivers are two and-a-half times more likely to be involved in an accident than younger drivers, and they are deemed responsible for one in every eight of the country's accidents.Last November the country's prime minister, Shinzo Abe, called an emergency meeting after an 87-year-old man crashed his vehicle into a line of school children, killing a boy of six. The man had apparently been driving around aimlessly for 24 hours and could not remember the incident.In the same month, a married couple were killed when an 83-year-old ran them over in Tokyo, while another elderly driver crashed into a bus stop, and yet another smashed through the front of a shop.
Labels: Motoring News