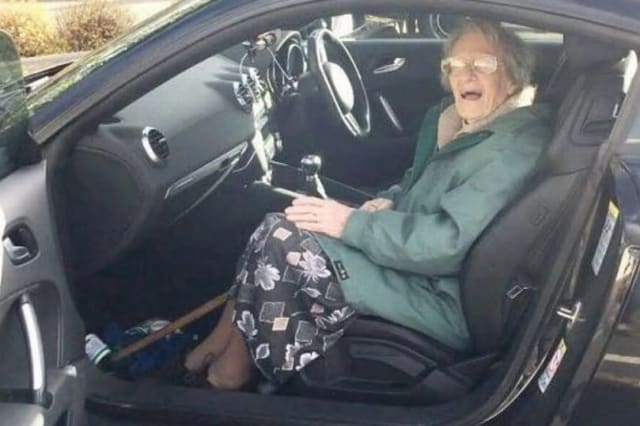 A 107-year-old woman has had her parking ticket ripped up after she explained she had struggled to get back to her car in time with her Zimmer frame.

One of Britain's oldest women, Bessie Farnworth - who was born before the Titanic was built - had popped out for lunch and was 13 minutes late back after their three hours.

She had gone out with great nephew Dave Holland and used her Blue Badge to park in a supermarket disabled spot.

Frail widow Bessie explained how they had enjoyed their meal and 'catch-up' before Dave carefully escorted her back to the car.

Now kind-hearted Parking Eye have apologised and cancelled the ticket "as a gesture of goodwill."

Dave said: "My aunt Bessie was born before the Titanic was even built.

"She's an incredible woman. She was independent until the age of 106.

"She did all her own cooking, cleaning, shopping. She even did her own gardening.

"She's still active but she's a slow walker. I think at her age the fact that she can even get out in public and have her lunch is remarkable.