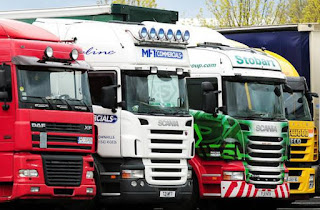 It can be difficult for police officers to see traffic offences committed by drivers of lorries and other high vehicles – the view from a squad car isn't ideal for seeing what they're up to. But officers from 28 police forces have been using a secret weapon for the last two years – an unmarked HGV cab, allowing police to see right into other lorries.

In the period since April 2015 when this cab's been in use, officers have caught more than 4,000 drivers committing various offences. Some of the most terrifying make for harrowing reading when you consider the drivers were in charge of a 44-ton articulated lorry.

One man in the East Midlands, for example, was caught steering the truck with his knees while simultaneously eating lunch and using his mobile phone, while another in Surrey was caught attempting to brush his teeth. A further person, pulled over by Devon and Cornwall Police, averaged one text message every six minutes while behind the wheel.

Mobile phone users made up around two-thirds of those pulled over by officers, but other common offences included exceeding speed limits and not wearing seatbelts.