The driving offences you don't realise are illegal 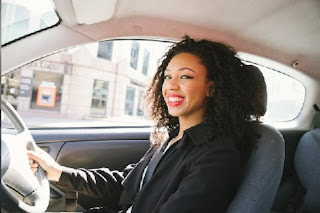 As a motorist you almost assume that legalities associated with driving are simpler and more straightforward than other laws.

If you exceed the speed limit, then you can expect a fine. If you drive through a red light you are likely to be punished

But experts are now urging drivers to think about their actions after research has shown the rules of the road are being ignored by the majority of us. Forget speeding and car tax, there are lesser known rules that could cost you if you didn't know them.

Below is a list of laws to be aware of.

Overtaking at a pedestrian crossing

Coming up to a pedestrian crossing on a multi-lane road? Is there a car already stationary there? If the lights then change to green, do not use your extra momentum to zip past the stationary car - this is illegal.

You must not overtake the car nearest to the pedestrian crossing. Why? Because their vehicle may be concealing a pedestrian already on the crossing,

Flashing your lights to give way

Many of us will commonly use them to allow other drivers through gaps, but this technically could be considered a driving offence if an accident resulted from it.

Headlight flashes should only be used to warn drivers of your presence on the road.

Simply put, it's open to misinterpretation (particularly as it means different things in other countries), so think carefully before you reach for the beams.

Sleeping while drunk in your car

If you've had too much to drink, you quite rightly won't consider driving.

But if you've got nowhere else to stay, you might consider sleeping in the car instead, at least until you've sobered up.

However, in doing so, you could leave yourself open to a drink-drive charge.

The law states that those in charge of a motor vehicle should not be inebriated. This is not overly specific and while you could argue that being asleep means you are not necessarily 'in charge' of the vehicle, the police can (and historically have) used this as an excuse to charge people with a driving offence.

Using your phone as a sat nav in an unfixed position

In order to use smartphone navigation, the phone must be fixed to the windscreen

The mobile phone law specifically refers to using your phone as a sat nav, stating it is illegal to use a hand-held mobile to follow a map.

In order to use smartphone navigation or a mapping app, the phone must be fixed to the windscreen or dashboard (preferably the dashboard as to not impede the driver's view), so it's in clear sight for use while driving, without requiring you to hold it.

The mobile phone and driving laws have changed and if you are caught breaching them you will now receive a £200 fine and six points on your licence, which would be enough to get a new driver - who has had their licence for less than two years - banned.

The Highway Code clearly states that you must leave any animals in a broken-down vehicle when stranded on the hard shoulder.

Only in an emergency should you consider letting them out - if you don't obey this and an accident is caused by your animal on the hard shoulder, you could face a driving offence charge.

Parking on the wrong side of the road at night

Motorists should not park on the wrong side of the road at night.

This is not, as some may think, because you have to drive on the opposite side of the road both to enter and leave the space, actually it's because of the risks dazzling.

You'll both dazzle other drivers with your headlights as you park and leave, while your rear light reflectors will also not be visible once you've left the car.

This is a driving offence under rule 248 of the Highway Code and can receive a Penalty Charge Notice.

If you're parked in a way to inconvenience pedestrians, you're causing a driving offence

Rule 244 of the Highway Code states that you must not park fully or even partly on the pavement unless road signs permit it: in London, it's an offence to park on the pavement, full stop.

This is perhaps one of the most common Highway Code rules broken and, if you're parked in a way to inconvenience pedestrians, you're causing a driving offence.

Using the horn between 11.30pm and 7am in a built up area

It seems like taxi drivers do it all the time - beeping the horn late at night.

But it's actually illegal - and this includes a short parp when waving to the family during your early-morning start.

It's unlikely the police would charge you if caught, but it's still a driving offence you may not be aware of.

This is a rule that catches many people unawares.

Vans that aren't car-derived must not exceed:

So don't try to keep up with the flow on single carriageways, as you'll be breaking the law.

On dual carriageways, the limit is 60mph, but these vans are allowed to do 70mph on the motorway.

Parking within 10 metres of a junction

Parking too close to a junction makes it harder for everyone - those approaching the junction have to steer around the car, and those turning into the junction risk driving into an unsighted car on the wrong side of the road. It is a driving offence, so don't commit it.