Bring back the paper tax disc! Three quarters of motorists want it back 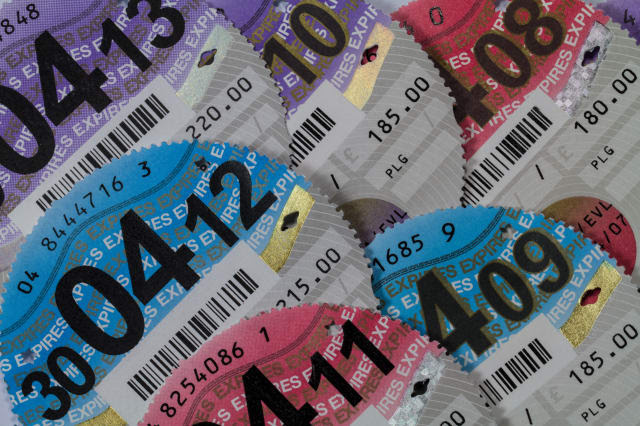 shutterstock
It has been almost two years since paper car tax discs were phased out - but we're still not getting used to it. A study has found that three quarters of British motorists want to see them make a triumphant return. So are we just very bad at change, or is there something fundamentally wrong with the new system?An insurance expert says the problem is that after the visual daily reminder was lost, the DVLA hasn't done enough to tell people when they need to pay. When your tax is due, you get a reminder letter, but this is not enough for thousands of people, who forget their renewal date, and can face a fine of up to £1,000.The reason behind ditching the paper disc was very simple - the DVLA wanted to save the money it spent printing and sending them out. It estimated that it would save £10 million a year by making the change.The price they paid was that motorists no longer have a handy reminder sitting in their windscreen, so they forget to pay. The DVLA annual report revealed that car tax payments had fallen £93 million, because people were forgetting to renew.
Given the fact that the money saved is dwarfed by that lost in the first year, this seems like a bit of a false economy - although the DVLA insists this is a teething problem, and we won't see to anything like these figures next year.What can you do?There are a number of steps we can take to remind ourselves and avoid a fine. These include setting up calendar reminders of the date, or keeping an old tax disc on the windscreen.Alternatively, you can sign up for monthly installments and direct debits - making it impossible to forget to renew - as long as you keep the same car and keep your MOT up to date.There are also companies offering to email and text you reminders 14 days and seven days before your tax is due to expire - for a fee of around £3 a year. Then there are less specific reminder services, which will let you set up a text of your choice on whatever dates you like for free - so you can arrange to get a text seven and 14 days before the tax is due, nudging you to get it sorted.What should the DVLA do?There's nothing stopping the DVLA from taking this step for us.  "The DVLA should consider more relevant notifications, like text alerts which have proved successful for the NHS."Alternatively, instead of sending a simple reminder, they could send out a perpetual tax disc, featuring a date without a year. This could go in the tax disc holder, and prove a visual daily reminder - and because it wouldn't feature a year, the DVLA wouldn't have to send out another one until you changed your car (in which case your payment date will switch to the date you bought it).The DVLA could even charge people for this reminder disc, because the level of support for having a paper disc is so high, so clearly people value it enormously. The question is whether they would consider it, or whether they would be too worried it might look like an embarrassing U-turn.
Labels: Motoring News