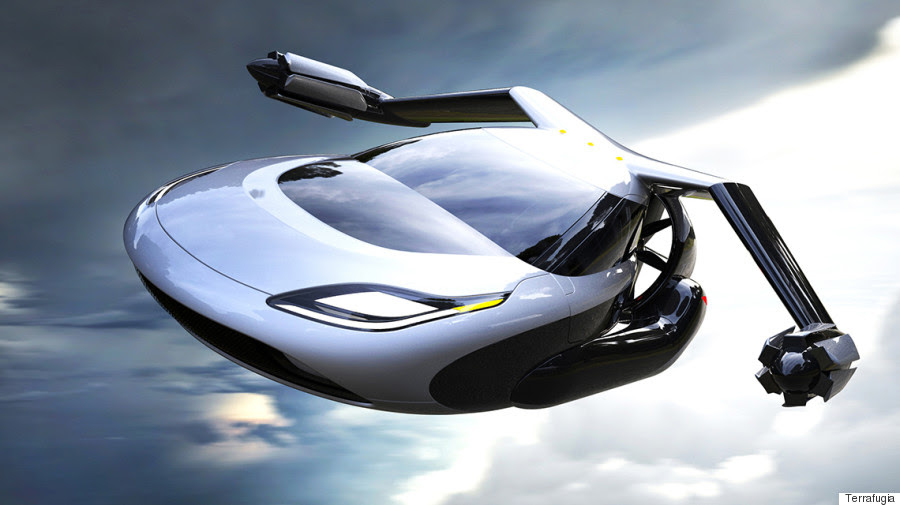 Flying cars have never really lived up to our expectations, that is of course, until now.

The Terrafugia TF-X is the super futuristic new design for Terrafugia's first flying car. With a new streamlined body that makes it look even more like something out of 'Star Trek' the TF-X is the car that hopefully you'll be able to buy when it eventually goes on sale a few years from now.

What sets Terrafugia's flying car apart form the competition is the way in which it flies.

Rather than opting for the enormously cumbersome wings of a conventional plane the TF-X uses a hybrid rotor system which lifts the car off like a helicopter and then becomes a stubbed wing as the car's rear propellor kicks in.

The combination of the two means that it doesn't need a runway so you'll be able to take off from your driveway and then land it again in town. 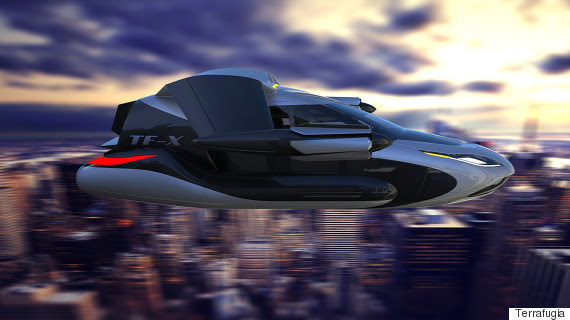 To say the plan is ambitious is an understatement, Terrafugia's wish list of features are long and complex: auto-landing, auto-take off, fly-by-wire computer-controlled flight systems not to mention the skyscraper of paperwork that's going to need to be approved before it even takes off.

The good news is that all of this is actually possible, and we don't just mean that in a 'It's actually possible to land on Mars' sort of way. All of the technology already exists, it's now just a case of putting it all in one place.