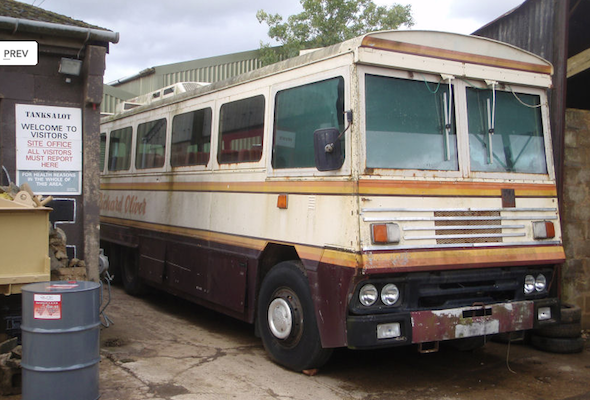 An 18-tonne bus used by Margaret Thatcher during her 1983 election campaign is currently on the market for £25,000.

With a huge 12-litre Rolls-Royce diesel engine under the bonnet, this leviathan is capable of 80mph, despite being weighed down by extensive armouring, including two-inch thick bulletproof glass and a two-foot deep floor, which is capable of withstanding a mine blast.

Following on from its hard work on the Conservative campaign trail, the bus was shipped to Northern Ireland where it worked the then-dangerous route from Derry Airport to Belfast.

The Metropolitan Police and the Royal Marines have also used it for various high-risk duties, though now it can be yours.

The vendor said: "It's a unique piece of social and political history. It's still in working order and, although it's not exactly looking its best these days, someone who wanted to would be able to restore it to a good standard easily."

"I bought it because it was a fascinating vehicle but it's big, ugly and it's in the way now so I'm keen to send it to a good home. Given the American fascination with Maggie Thatcher, it may well sell over there but I'd prefer for it to stay in the UK."