The M25 'collapses' in the rain causing traffic chaos 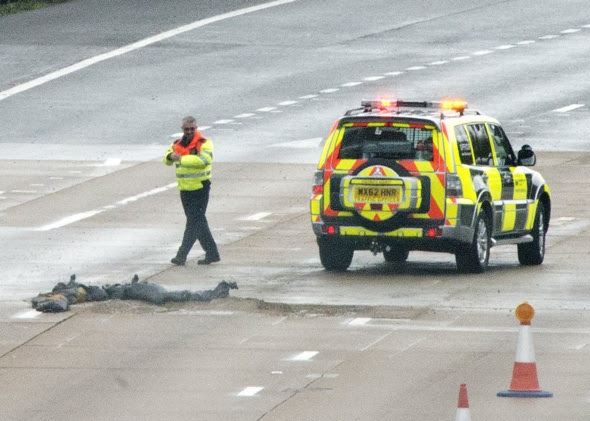 There was travel chaos on Britain's busiest motorway today after a section of road appeared to collapse in heavy rain.

The severe weather caused potholes to appear on the M25 at junction 9 near Leatherhead in Surrey, resulting in three lanes clockwise between junction 9 and junction 11 at Addlestone having to close.

The exit slip road at junction 9 also had to shut, with long delays building up and those heading for Gatwick Airport in West Sussex among the many drivers affected.

There were reports that the potholes appeared after maintenance had been carried out on that stretch of road overnight. 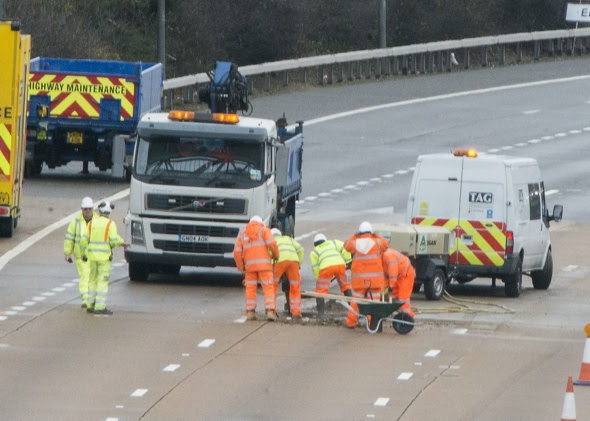 Around mid-morning, a Highways Agency spokesman said: "Three lanes on the anti-clockwise M25 and the exit slip road at junction 9 remain closed as we work to investigate the cause of and to repair a defect in the road surface.

"Safety is our top priority and we are doing all we can to reopen the lanes quickly as possible. In the meantime we advise drivers to avoid this section of the anti-clockwise M25 and seek alternative routes." 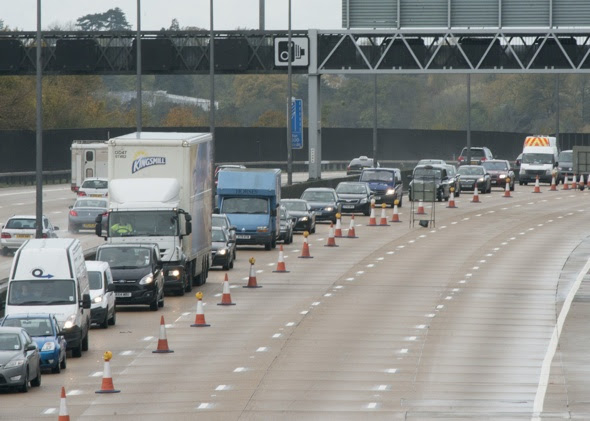 AA president Edmund King said: "The M25 really is the 'road to Hell' today. The M25 is critical to the nation and today's incident highlights just how dependant we are on it to function 24/7.

"There must be a thorough investigation into this incident. It is disappointing that not only did the road fail but it placed many drivers in danger and also reportedly damaged a number of vehicles. If this happened on the railways, passengers could claim compensation. As it has happened on the roads, drivers just have to put up with it."

Heavy rain made driving conditions hazardous today. There were tailbacks on the M3 in Hampshire, while accidents caused hold-ups on the M6 just north of Birmingham and on the M50 between Tewkesbury and Ross-on-Wye.

Meanwhile, the Environment Agency and AA have urged drivers to be "flood-aware" as a survey showed that, despite the wettest winter on record, more than two-thirds of men and half of women would still risk driving through flood water.
Labels: Motoring News