Skip to main content
Labels
Posted by Kent Group of Advanced Motorists May 13, 2019 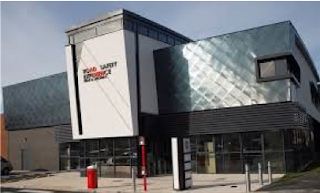 We all met on the evening of April 7th at the Road Safety Experience at Rochester Fire Station.  There was over 65 of us that attended made up from our group along with members of the South Eastern Group.

We were all taken through to their auditorium and after the usual health and safety chat (including what to do in event of a fire….), we settled down to watch the opening film.

The opening film told us a story, although aimed at the 16-24 age group, was still relevant and hard hitting, just at the point in the film that we all knew something would happen the screen froze and slowly lifted to reveal the scene behind it. 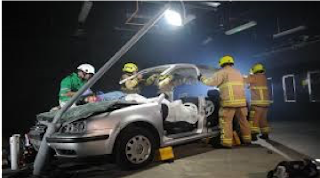 It was at this point the film became real and they showed us how they deal with a road traffic collision in real life, removing the doors and roof whilst the paramedic tried in vain to save the driver.  Once this demonstration was finished we were split into 3 groups to make it easier for us to experience the 3 different sections of the evening.

The first was how to deal with being first on scene of an accident, what to do, how to prioritize and most importantly how to keep yourself safe, there’s no point adding to the number of casualties. One thing we learnt was not to rely on the message being past between emergency services about the incident, ring them all yourself, but prioritize the order you ring them dependent on what the incident is. 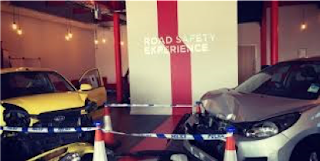 We then moved onto accident investigation, we were given a crash scene and told to investigate, look for the clues the same way that the police do and then piece together from all evidence what happened and compare to what actually happened.  Whilst there was no real big clues, there was lots of small ones that enabled us to piece together the sequence of events.

The final part showed us about how any impairment can affect us, from lack of concentration to the effects of alcohol.  One of our group took part in the light reaction test, they took the test twice, the first time to see how a normal person’s reactions were and the second time wearing a pair of ‘beer googles’ to impair their vision.  The difference was staggering!!  The last bit showed us the Morning After Calculator, (available as an app for both Google and Apple phones).  A very interesting program showing how long it takes for alcohol to completely get out of your system, one person from a previous group of college students volunteered his Saturday night drinks list and according to the app he’d drank that much it was Tuesday evening before it was all out of his system!!

A good evening was had by all and I think we all came away at the end having learnt something.
Labels: Group News