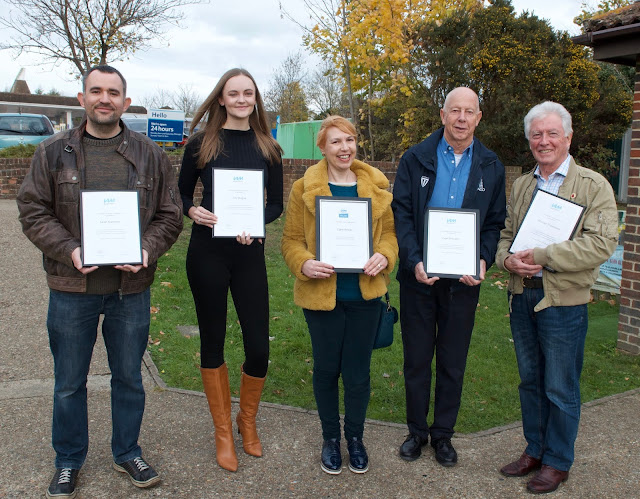 On being presented with his certificate, Sean said he thought that he was a reasonable drive, but still learnt so much about becoming a better and safer driver. Lily was inspired by her boss at work and all her colleagues were offered a chance to join up with her boss fotting the bill. Lily was the only one who took the opertunity.
Claire took her IAM test six years ago in a different area and decided to go for the Followship scheme. Claire passed with flying colours, brushing up on her skills. She now needs to take the test in three years time to guarantte her skills stay up to date. Claire is also interested in becoming an Observer for the group.  Evan who has been driving for 55 years, took up the chanllege with our Alternative Course, having been paired with one of our Observers. He found the course invaluable ironing out some bad habits picked up over the years.  Michael Thompson took his test after deciding if he was good enough to make the grade. He found the Observers constructive comments very helpful throughout the course.

Congratulations to all for passing the IAM Roadsmart Test
If you have an interest in becoming an Advanced Driver, becoming an Observer or helping out with the group - and live in Kent - visit our website for more details.
www.kentiam.org.uk
Labels: Test Passes