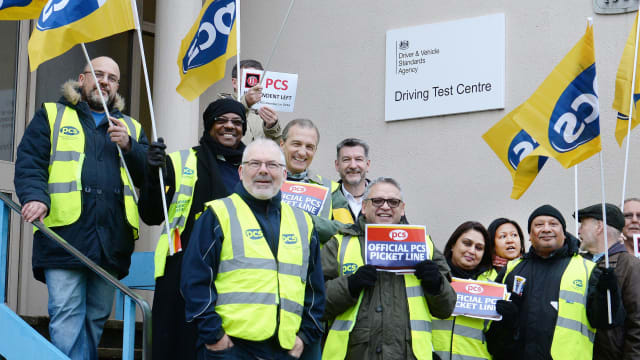 A 48-hour strike by driving test examiners has led to thousands of tests being cancelled, union leaders claimed.

Members of the Public and Commercial Services (PCS) union mounted picket lines outside test centres across the country for a second day on Tuesday amid claims that examiners are being told to work longer, harder and for no extra pay because of the new tests.

The union said more than 1,000 examiners took industrial action, claiming that only a "tiny proportion" of the usual number of tests have been held.

The Driver and Vehicle Standards Agency (DVSA) said the union's figures were incorrect.

Officials also warned that when the strike ends, there will be a backlog of tests, worsened by an ongoing ban on overtime.